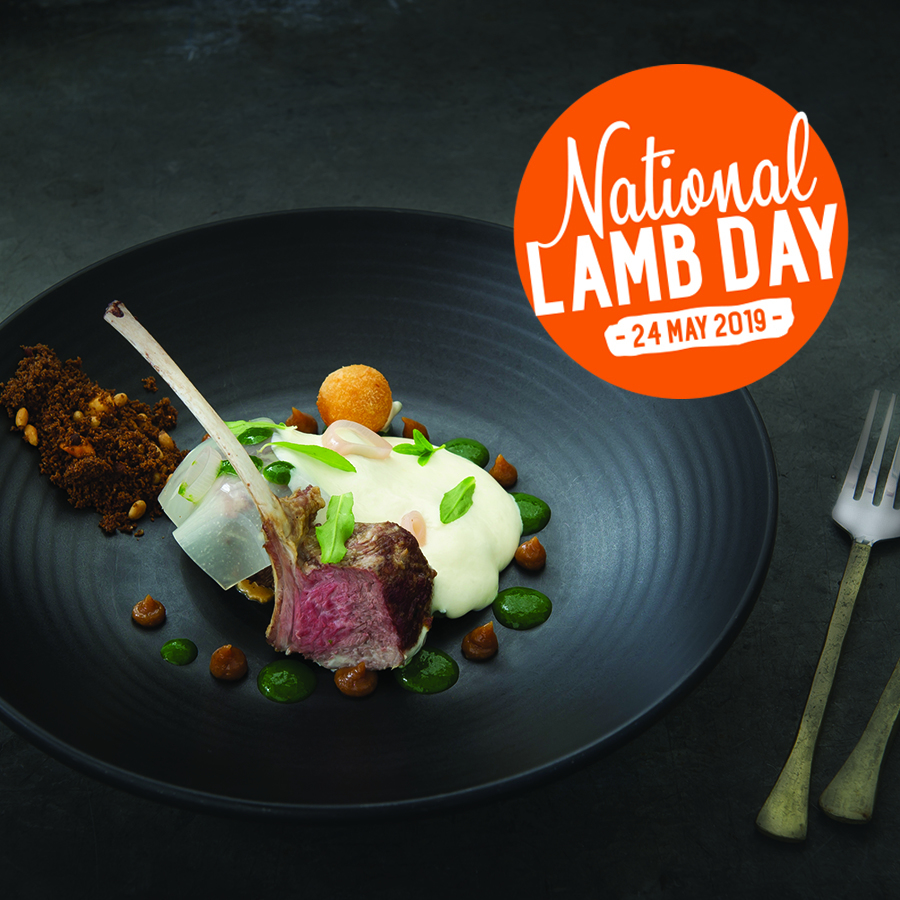 The Evolution of Lamb

New Zealand lamb has come a very long way since the first shipment of frozen lamb left Port Chalmers, bound for the UK in 1882. After a 98-day voyage it arrived in London on May 24th (aka #NationalLambDay) and New Zealand lamb’s export market was successfully established.

I was curious to know how lamb has evolved in New Zealand’s foodservice industry over the years and spoke to Beef + Lamb New Zealand Platinum Ambassador Chef, Michael Coughlin. Michael has been serving New Zealand lamb in restaurants for more than thirty years and in his current role as chef advisor for Provenance Lamb, he is now at the forefront of the gate to plate story which today’s chefs and their customers are eager to hear.

When Michael started his cooking career, he said the only Spring Lamb that was available to chefs was frozen, pre-cut export grade lamb destined for the European Market. It was mainly racks from the middle of the saddle which were not Frenched or whole legs. This meant that chefs needed to sharpen up their butchery skills or have a good relationship with their local butcher to trim down the cuts for their menus. Slow cuts such as lamb shanks and lamb necks were still seen as dog tucker and it was all about the French Rack or traditional roast on restaurant menus. Some years later the likes of Gourmet Direct started up which gave chefs more of a variety with vacuum packed individual cuts. This opened up creativity for chefs and by the early-eighties the Lamb Cuisine Awards were introduced by Beef + Lamb New Zealand to entice and reward chefs for having creative lamb dishes on their menu.

Michael says that even from his early days as a chef New Zealand lamb seemed to capture an audience but its story was a stand-alone one, all about the dish and its taste. He says now it’s entirely different with not just one defined story but a multi-layered range of stories from gate to plate. If you drill down the story is actually everything underneath the final protein served on the plate. It’s about the breeding, farming practices and the creativity of chefs who like to use everything from nose to tail. For chefs it’s not just about meat and three veg anymore but a very fine-tuned approach to honouring the protein on the plate and the story of where it comes from.

The new generation of chefs are into foraging, sustainability and giving customers the story behind their produce. Customers want to know the meals they are eating are created from ethically sourced produce and that their protein is coming from farms where sustainability and regenerative farming are front of mind. This is nothing new to New Zealand lamb farmers who have been putting best practice to the test for many years. However, they are a humble bunch who are a little shy to tell their story but now the chefs are discovering their unique product, they are able to share the farmers’ passion and tell their story which begins behind the farm gate.

With the huge rise in social media activity, chefs have become experts at photographing and posting their creations across their social platforms. It’s not just enough to post beautiful food shots, but chefs know they need to tag their suppliers and know their story as customers will be watching with keen interest as to where their beautifully plated produce comes from and the story behind it. In turn this partnership between producer and chef is shared on social media to a very wide audience which benefits both of their businesses. The food story no longer just exists on the plate, but goes out around the world through social media, taking producers and suppliers with it.

Michael is seeing this new generation of chefs embracing and learning about the farming practices that are being used to create the exceptional flavour and texture that New Zealand lamb is renowned for. He says Merino was the main focus for a long time and was the secret breed which offered a different dining experience with a unique texture and flavour profile. Now it’s not necessarily the breed of lamb making a point of difference but what the lambs are eating. It’s about the grass and how it is grown combined with the selected and right breed which is adding to the flavour and texture of lamb.

While it may be difficult for consumers to differentiate the flavour profile between the different breeds, he likens it to tasting fine wine. The more you taste and learn about the grapes and what soil they are grown in the more you will recognise the different flavours and profiles. The same can be said for lamb and this is where the chefs can pick and choose their products depending on the farms the lambs are grown on.

Michael is seeing more chefs requesting the whole carcass so they can break it down themselves to use all the cuts and give their customers a nose to tail dining experience. Offal cuts are still popular but are demanding a higher price point due to the low levels of product available. There has also been a change in the mind set of chefs using frozen product when the fresh supply changes. Michael says the new blast freezing process is an excellent way for chefs to have access to lamb product year-round. While some chefs would not consider using frozen lamb he says the process is now robust and locks in the integrity of the lamb. The key for chefs is in the defrosting of the product – slowly over a period of two days in the chiller will produce an excellent product which is still tender and full of flavour for service.

So for chefs out there looking for good quality and consistent lamb product to grace their menus, Michael says the most important piece of advice would be to learn the story behind the product. Find out where the lamb comes from, how it is farmed and how the grass is grown. Look for the passion at the farm gate which will transpire into a unique and delicious lamb product with an interesting story to tell customers and boast about on social media.

Where has my fish come from?

A new face for our Kaitaki