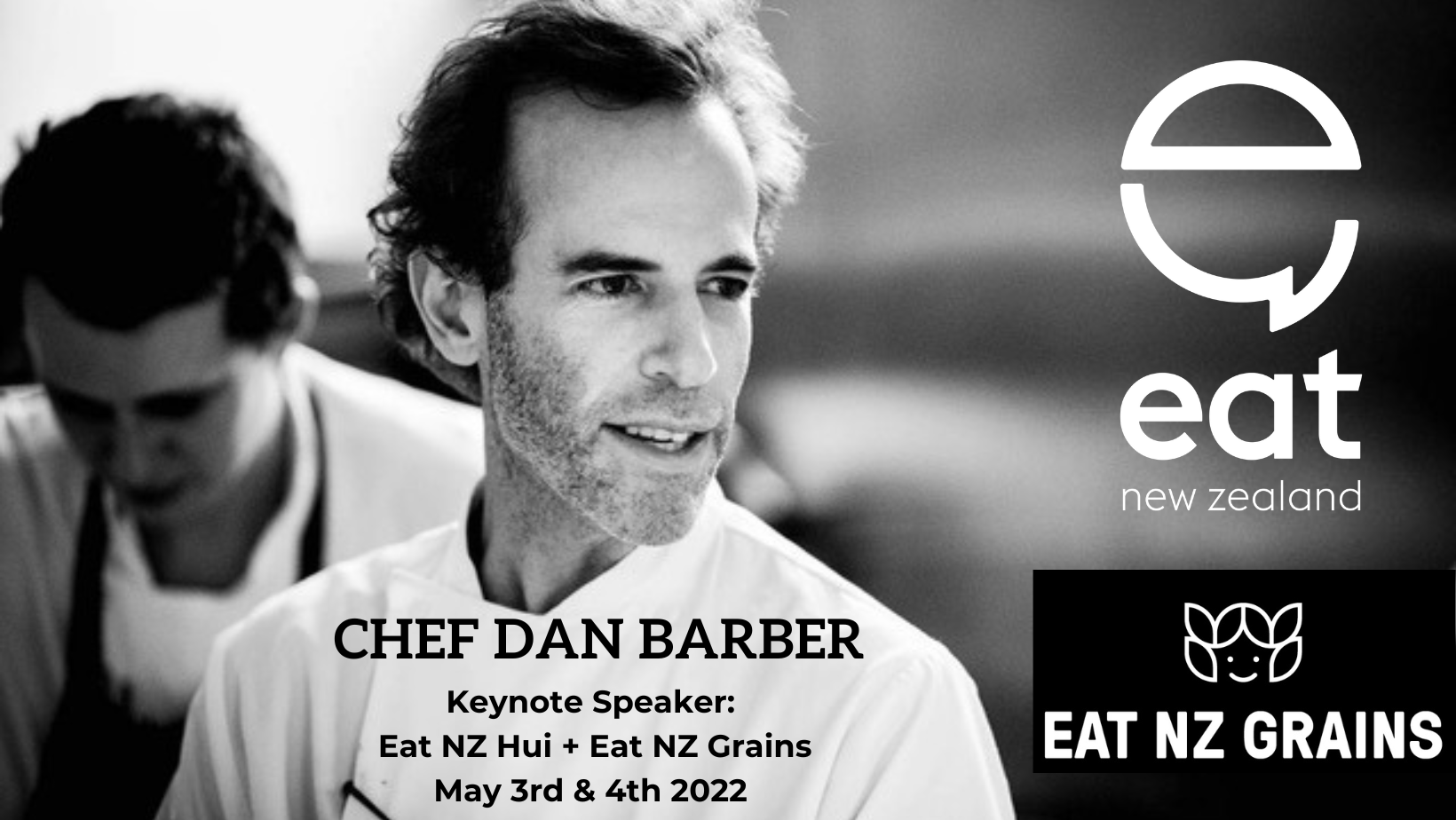 It seemed like a good idea to start this month with some good news. As such, we’re really (really) excited to announce that Chef Dan Barber will be our virtual Keynote Speaker for our Hui & Eat NZ Grains events on Tuesday May 3rd and Wednesday May 4th respectively.

It’s hard to overstate Chef Dan’s influence. As one of the most famous chefs in the world, he has, for me, been the most seminal. I’m not even sure where I first heard of him but his thinking has had a profound influence on my life. Owner of Blue Hill restaurant in Manhattan and Blue Hill at Stone Barns in New York state he’s the person who speaks the loudest worldwide on both farm to table and ethical eating. He is one of Michelin’s first recipients of the ‘Green Star’.

His book ‘Third Plate; field notes on the future of food’ outlined a radical new way of thinking about food and its relationship to our planet, a place where good farming and good food intersect.

A star of the original series of Netflix’s Chef’s Table he showed us all the importance of chefs as gatherers and amplifiers of a delicious and regenerative food system.

From grains, to fish and everything in-between his visionary thinking has influenced an untold number of other chefs and food thinkers, and in a covid era his restaurants hint at what might come next for hospitality including his education days and chef in residence programme. He’s even started his own seed company, Row 7 Seeds, a collaboration between chefs, farmers and plant breeders hell-bent on the pursuit of deliciousness.

To have him turn his attention to Aotearoa is a gift, and not one we take lightly. As such we wanted to ask you all to contribute to the questions we might ask him. What parallels do you see between his work and our country?

Come at us! DM us or email hello@eatnewzealand.nz to contribute and be part of this kōrero.

Get your tickets to see Dan here!

To that end here’s some food for thought;

Dan Barber on the USA; “Part of the reason we’ve not developed a food culture is because this country is so young and so rich in fertility; the amount of food and food waste, it was like the Garden of Eden. The history of this country is about chasing fertility. We weren’t forced into negotiations that patterns of eating had to develop off”.

Some essential Dan Barber viewing below...

Have your say! January 2021 Update