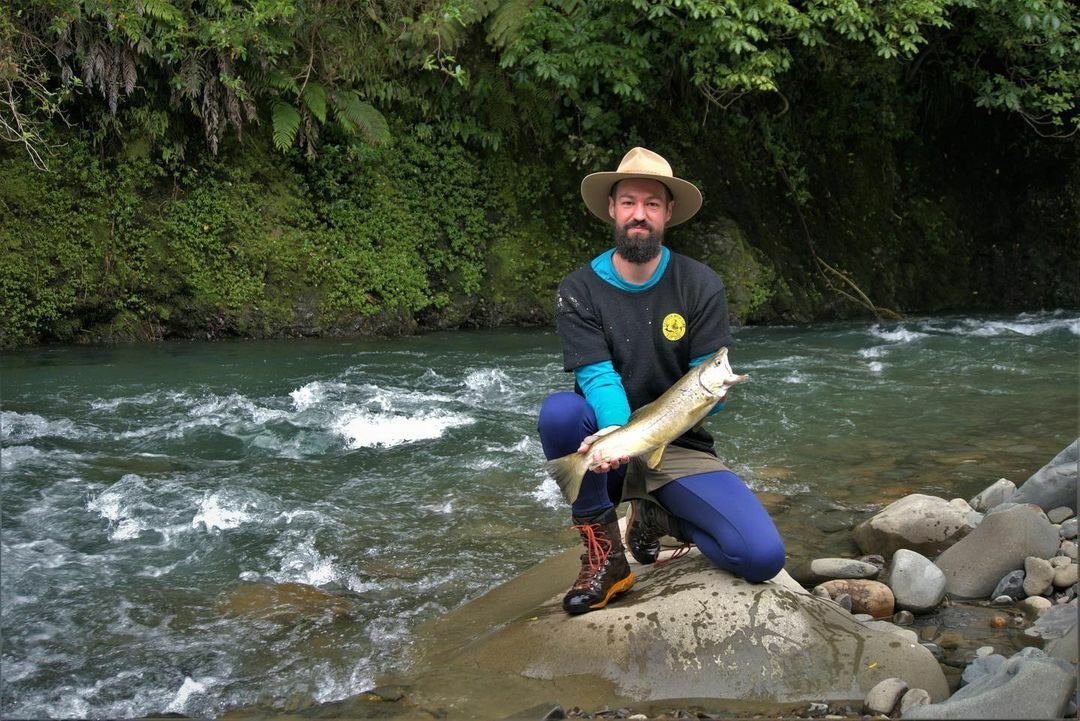 What is #ManaKai? Who are Mana Whenua? By Hamiora Gibson

Hamiora Gibson or Sam the Trap Man is a bushman, hunter and conservationist based in Tairawhiti / Gisborne. He has a powerful perspective to consider...

What is Mana Kai? Who are Mana Whenua?

Imagine a world where it was made illegal to harvest your traditional food sources from land that your whanau had been harvesting from for generations. Imagine having to apply to a governmental department for a permit that could take weeks to arrive just to pick enough greenery for your evening meal.

Imagine wanting to harvest your traditional fish resources from a local river only to find that under-regulation and poor land use practices have decimated their populations to a level where you can no longer bring yourself to harvest them. It would be putting more pressure on an already stressed fishery.

Instead you turn to the introduced species, such as trout, who fill their pukus with our native fish only to be told there is no system for a customary harvest. You must apply to the crown for a licence to hunt the eaters of your traditional kai. What's more you have to pay! You have to pay $140 a year and are limited to two fish a day to feed you and your extended whanau while manuhiri get rich by filling their nets with thousands of white bait, our traditional kai, without paying a cent.

Yet when we question the system they hunt us down with packs of well-paid lawyers. We must apologise. We must act subservient and bend to a system that does not uphold our mana and mana for our kai, the kai of this land.

Imagine a world where those in offices make decisions on our natural resources. The ones that ask but cannot listen. The ones that are so disconnected from the intricacies of our whenua, our awa and our moana that they think these ecosystems can be managed from a distance on a spreadsheet.

They say to colonise a people you must control their food source. We don’t have to imagine a world where that is the case. That is our reality in Aotearoa. The Scots, the Irish and the lower ranked English colonised our country. They had fled persecution, booted from the land by wealthy overlords who not only controlled the food resources but the regulating bodies as well.

It stands to reason then that these immigrants would look to re-establish their own food sovereignty, to introduce the mahinga kai species that they had been deprived from.

It is just a shame that this reclamation of food sovereignty comes at a cost to another people, another ecosystem. A perpetual cycle of oppression and power struggle over food.

They say Mana Whenua is a post colonial term derived from the term Manu Whenua. The term Manu Whenua speaks of an area of land where a whanau, hapu or iwi had the right to harvest kai. To me Mana Kai is all about re-establishing this concept. About people living in close relationships with the whenua, the atua and themselves. It’s about people tending the land once more, trapping predators, shooting deer, fishing trout and helping our native mahinga kai species to thrive once more. We will see an interim period of introduced species gracing our home and marae tables but before long, with our people once again tending the whenua, the likes of Kereru, Weka, Pikopiko and Kareao will once again be common place and the Mana of our Kai will again be restored.

Stay tuned over the next few weeks to hear from more of our #EatNZKaitaki.

There it goes again.

On Discomfort from Gemma Fitzpatrick #ManaKai