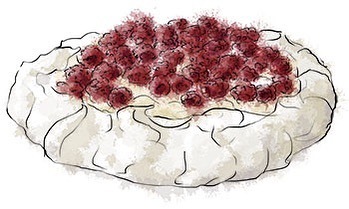 There it goes again.

Everytime someone does that my heart burns. It longs for living in a better world where all food waste is composted or given to animals or humans who need it more than the landfill.

Which is why, I was scared to be going on a three week holiday to the South Island.

I thought that all of our fruit & veggie scraps would end up in the bin. But I knew I wouldn’t be able to handle it- this would ruin my Christmas holiday with the fam.

However after those 3 weeks, we managed to put almost no food into the bin.

Want to know how we did it? Well here it goes:

1) at the first campsite I was very distressed because we almost had to put it in the bin. However I went to talk to the staff and asked if they did composting. They said they do staff composting. So they were happy to put ours in their compost.

2) At the second campsite they actually had customer organic waste bins!! So that was an easy problem solved!

3) At our third campsite they didn’t have nothing. So I used the ShareWaste app. Check it out here if you haven’t, it will change your life!

4) Then we stayed at a family members house, and in Christchurch they have organic waste collection! Like wow.

However the hardest part was when our pavlova fell on the floor - a great big chunk of it! It was going to chucked in the bin, but I couldn’t let that happen. That burning feeling would come back again. So that was a no no. Thus, I had to eat the whole thing within the hour, otherwise it would go off. That was very hard. I’m not going to be eating pavlova for a very long time...

The Food of Aotearoa