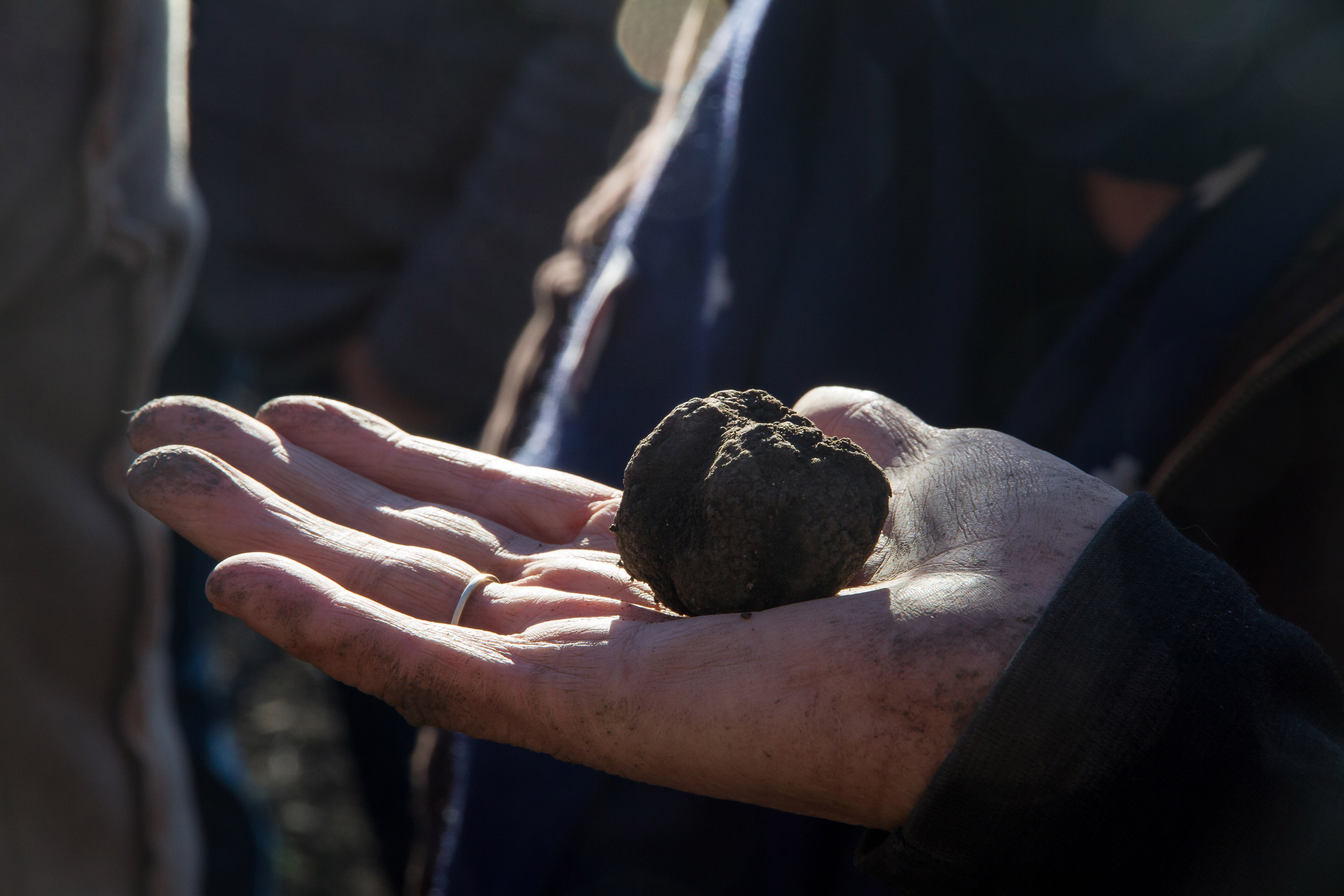 Truffles are known as one of the world’s finest delicacies and New Zealand is producing some of the best.

Prized for its powerful aromatic punch when infused into cuisine, this fine delicacy is not typically associated with the new world but that's changing as truffières (truffle farms) become commonplace in the South Island's Canterbury region.

To celebrate the diamond of the kitchen, the annual Canterbury Truffle Festival (now in its third year) comes together in Waipara, just north of Christchurch.

The organisers describe it as a food and wine celebration of the “mysterious, seductive and transformative underground fungal treats” and it brings together truffle growers, chefs, restaurants and top wineries.

It is designed to give everyone a chance to taste the gourmet item – from first-time truffle tasters to the aficionado, and also aims to celebrate “the coming of age” of the New Zealand truffle business. Highlights include truffle tasting at farmers’ markets and truffle hunts with growers and their dogs.

The festival’s sold-out Truffle Day Out event in July 2017 had more than 55 people hunting truffles in Waipara and Waikari, feasting, tasting wine and learning a few truffle tricks from local chef Jonny Schwass. Schwass is passionate about flavour and says that’s something truffles have in spades. “There are about 80 to 100 different aromas in a truffle. It’s all about that sensory hit – that really sort of funky smell.”

And if you think you’ve got your truffle hit sorted with truffle oil, you’re mistaken. “It’s like putting Brut 33 into your pasta. It’s a perfume basically. It’s not truffles and it’s not oil.”

Angela Clifford, of Tongue in Groove winery, says the Canterbury Truffle Festival is helping cement North Canterbury’s position as a forage and food destination. “It’s an example of the diversity of food and wine that can be grown in the region and how beautifully they can sit alongside each other. We all work together to support each other and tell the story of this amazing place.”

Truffles are also grown in a number of spots in New Zealand, including on the eastern coast of the North Island, but Canterbury is the only place where four premium varieties are grown: Périgord Black, Bianchetto, Burgundy and Winter Truffles. The region’s high pH, limestone-rich soils and sunshine hours allow truffles to thrive just as they do in Europe’s limestone-rich regions and there are now more producers in North Canterbury than anywhere else in the country.

Meet Rosie the truffle hound beagle, whose super-sensitive nose can sniff out a prize delicacy buried in the earth. Limestone Hills truffle farmer Gareth Renowden and wife Camille have planted oaks and hazelnuts inoculated with truffle spores. Despite a tiny yield, truffles command huge prices. Varieties include Périgord black, Bianchetto, and the Burgundy truffle. Their intense flavour makes them highly sought after. He also set up a vineyard, The Hermit Ram, producing pinot noir and syrah. Visitors can go truffle hunting by arrangement.

Truffles are the fruiting bodies of fungi that live in a symbiotic relationship with certain kinds of trees. Instead of sending mushroom caps up above the soil, they have evolved to become very aromatic in order to attract animals to eat them and spread their spores around.

Yes, truffles are expensive – a small one can cost between NZ$60 and $70, but there is a reason. They are very hard to grow. Gavin and Anne Hulley, of Amuri Truffiere, planted their oak and hazelnut trees 20 years ago (in 1997) and harvested their first truffles in 2004. In 2016, they dug up a grand total of 16 kilograms from two hectares. It’s hard to tell when truffles are ready too, because once they’re dug up… they can’t go back in the ground.

Other forage and food events

Learn about permaculture farmers' daily lives with a North Canterbury Wild Food & Winery Tour, from hearing how they grow their own food at The Food Farm to foraging for wild delicacies and spending time amongst the vines.