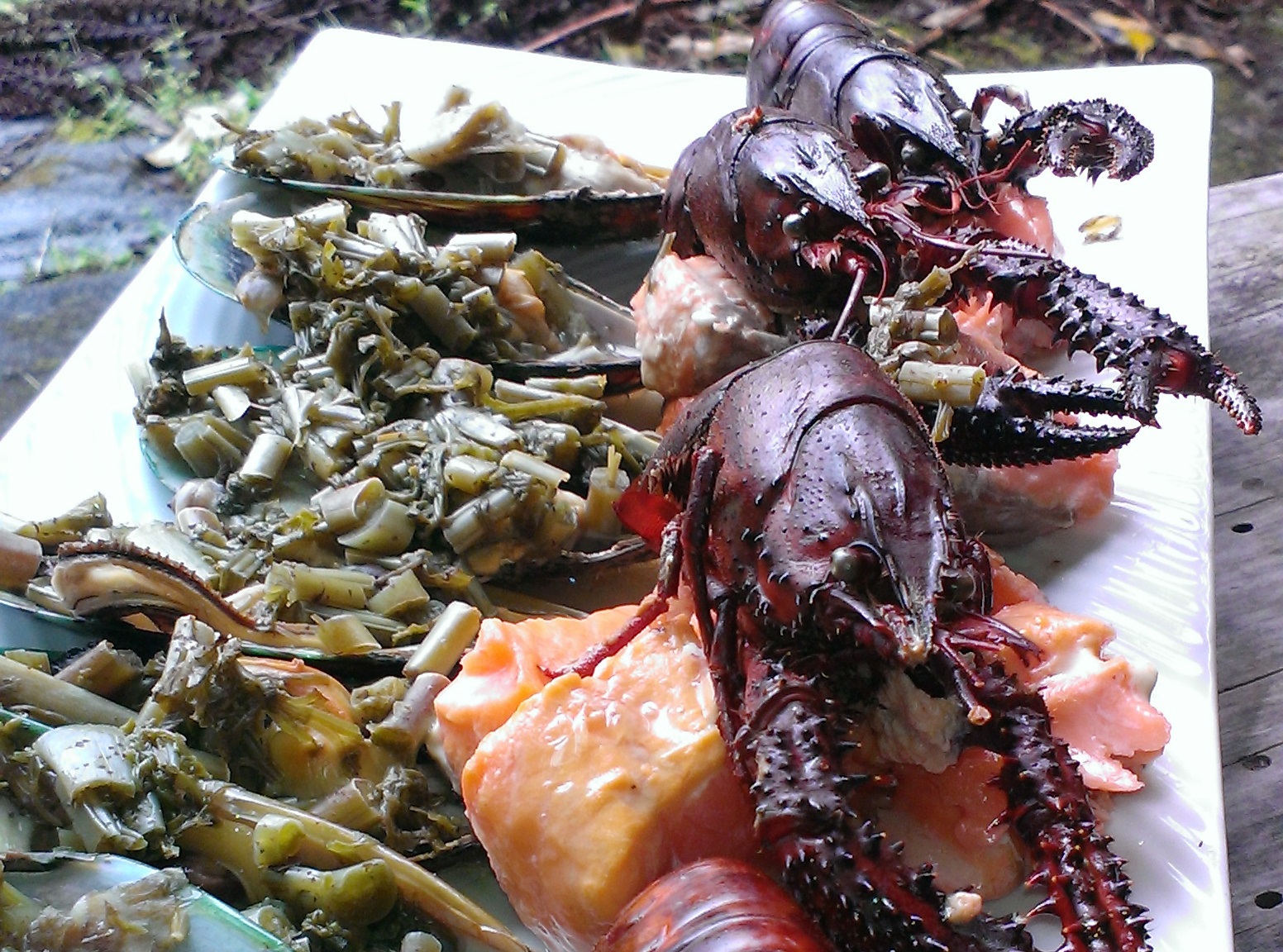 This is a description of some of the more popular indigenous ingredients currently used in New Zealand cuisine:

Cold pressed flaxseed oil made from the native New Zealand flax is an unrefined oil, nothing is added or removed. Flaxseed oil is a vegetarian source of Omega 3 and six essential fatty acids, Omega 9 antioxidants and vitamins.

Horopito, often referred to as the New Zealand pepper tree, can be used to replace conventional pepper in cooked dishes. There are three varieties of horopito. Horopito leaves are green with red speckles.The spicy citrus flavour has a sweet apple fragrance.

Kawakawa trees are mostly found in coastal areas of New Zealand in damp bush. The heart shaped leaves are dried, ground and then used to season, adding a rich ripened forest aroma with a light minted flavour.

Korengo is seaweed which is either used in its raw state, or dried and used to season various dishes.

Koura are fresh water crayfish closer in size to a king prawn than lobster.

Kowhitiwhiti or watercress grows on the edge of fresh water rivers and creeks around New Zealand. Eaten raw or cooked, it has a mild mustard flavour and is used as an alternative to puha [see below].

Kumara originated in the Pacific Islands, and arrived in New Zealand with early Māori settlers over one thousand years ago. Known elsewhere as sweet potato, New Zealand kumara is particularly sweet and grows in the semi-tropical regions of the North Island. It is available in red, gold or orange varieties.

Manuka was named 'tea tree' by Captain James Cook and English botanist Joseph Banks when they found it in Mercury Bay in 1769. Manuka wood chips can be used to add flavour when smoking food, but it is best known as the source of manuka honey which is used to produce a growing list of products with outstanding medicinal and antiseptic properties.

Most of the wild fern varieties that grow in damp shady areas of New Zealand’s native bush are carcinogenic - of 312 different varieties, only seven varieties are edible. The edible fern fronds, known as bush asparagus, are pale green with brown speckles. Picked before the leaves unfold, the fronds add a unique 'forest' flavour to dishes.

Puha, also known as sow thistle, is a green-dark green plant often found growing as a weed. The stem contains a milky coloured sap. Eaten raw, the stem and leaves have a bitter taste. Cooking does not remove the bitterness but it can be reduced by rubbing the puha plants together (vigourously) under running water. Puha is traditionally served cooked with pork.